Amitendranath Tagore, known to his friends as Amit, first went to China in 1947, a momentous time in Chinese history. Tagore, whose family was historically a vital part of the artistic and literary fabric of Indian culture – his cousin won the 1913 Nobel Prize for Literature – was inexorably drawn to Chinese art and literature.

In 1950 Tagore received his MA in Chinese from the National Beijing University. Following this he gathered material for his Ph.D dissertation and began collecting many of the scrolls in the collection.

He said of his time in Beijing: “These were the most fascinating years of my life. My favorite place to stroll was Liu Li Cheng. This was the market street for buying paintings, brushes, inks, stones for rubbing ink, seals of jade, and ivory.”

“I visited my Chinese artist friends often and for hours at a time. Over tepid cups of green tea we would discuss things. I remember with deep gratitude those moments when artists like Qi Bashi, Qi Gong, Zong Qi, Zong Qi Xiang, Xu Beihong and others would talk to this green horn on the basic philosophy behind Chinese art and aesthetics. My collection grew slowly over the three years. I did away with the middleman as I secured paintings directly from the artists. Qi Bashi painted “Frogs” right before my eyes on his long red-lacquered table in about 10 minutes before presenting it to me. I just paid a token sum. This, I am convinced, was a great honor bestowed on me for which I am eternally grateful to the now departed art-genius.”

A Fulbright fellowship brought him to the United States in 1961, where he was a Visiting Professor at the University of Pennsylvania. He eventually joined the faculty of Oakland University as an Associate Professor of Chinese Language and Literature in 1964 from where he retired as a Professor in 1987.Anit and his wife Arundati decided to donate their art collection to Oakland University before heading back to India to enjoy their retirement. The collection contains 29 scrolls, 11 calligraphies spanning a range of calligraphic styles, and 15 rubbings of Chinese stone monuments.

scrolls in the collection 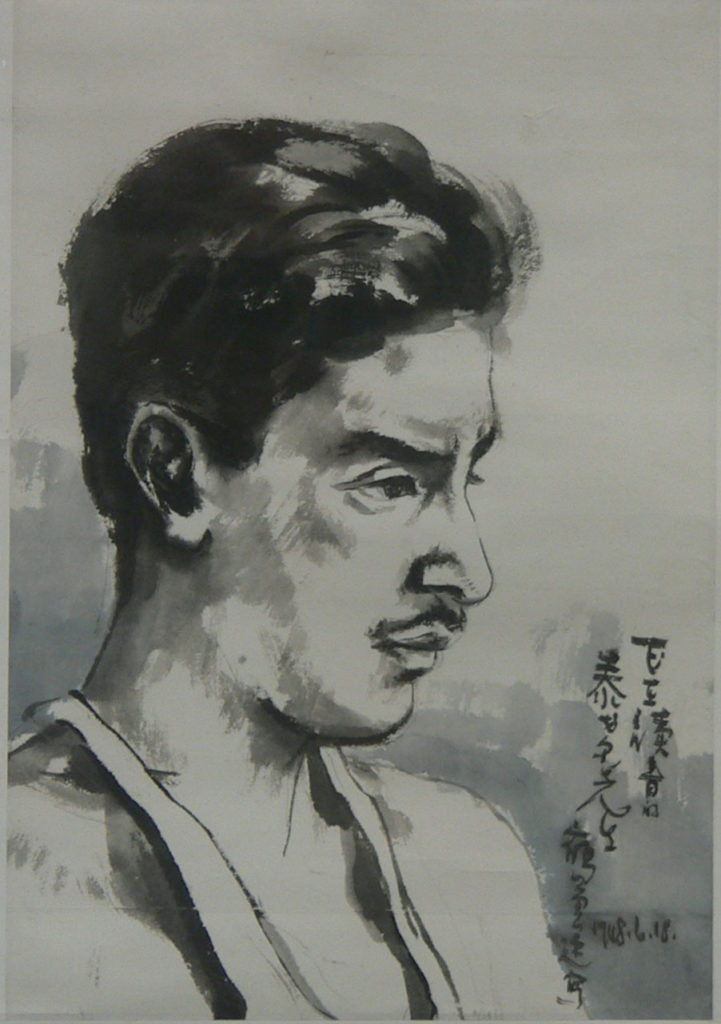 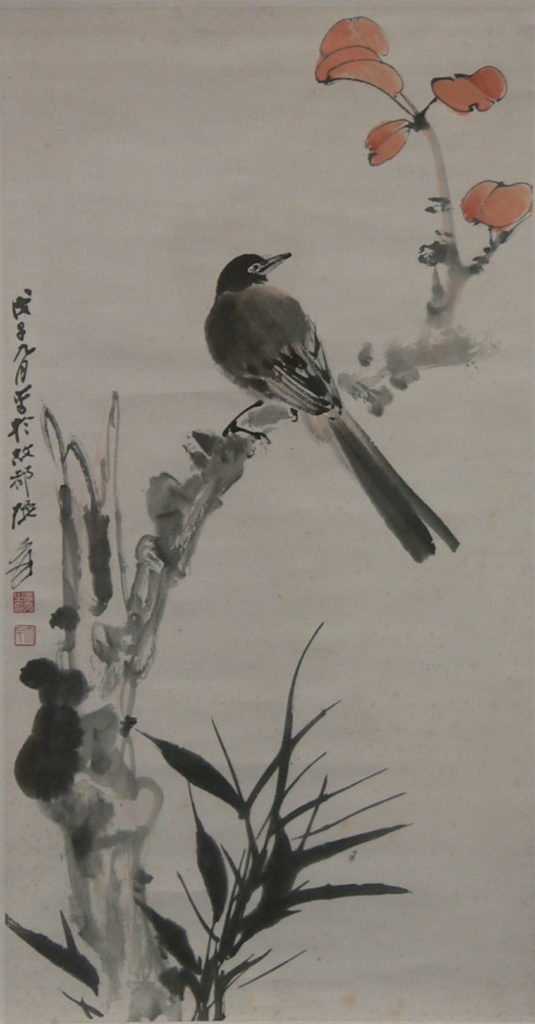 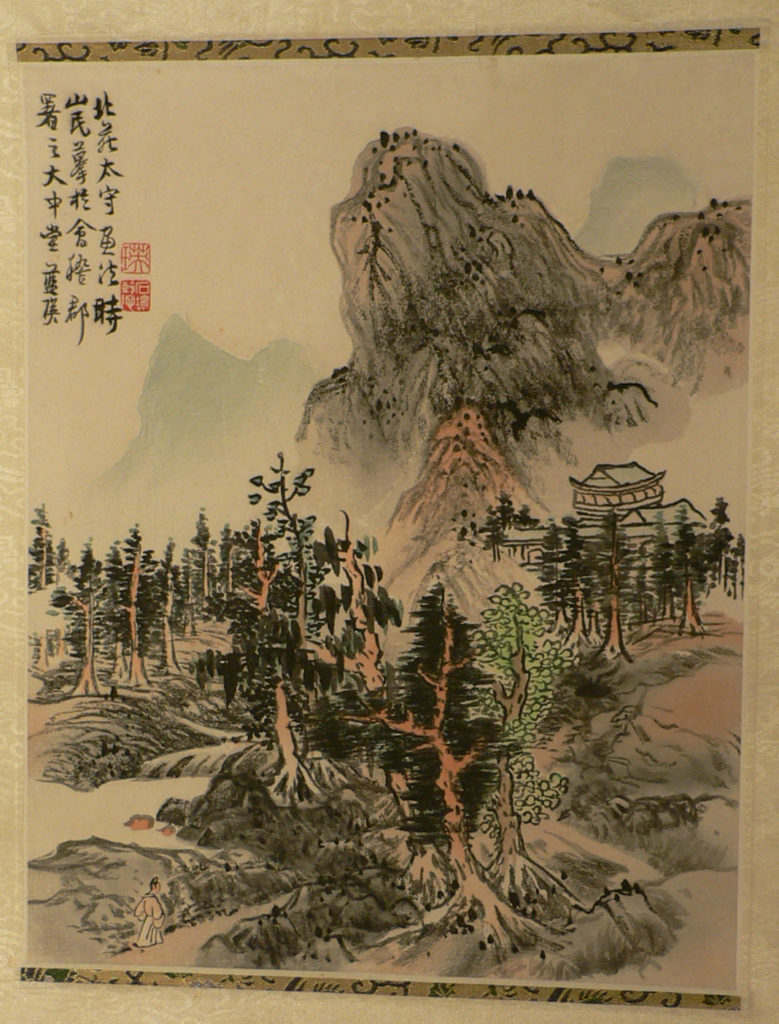