Using the notion of “borders and frontiers” as a metaphor for the democratization of imagery and the collaging of reconfigured pictorial forms in a global context, this exhibition explores the cultural significance of the reproduced and repurposed image. Collage artists appropriate from their surroundings; their cut-and-pasted forms become the reflexive visual record of their time. Borders and Frontiers presents artists with a specialized appetite for the digital and contemporary and, at the same time, an absorption with the image bank of the past, and, in doing so they build a bridge between history, the contextual present, and a conjectural tomorrow.

Contemporary collage in 2011 demonstrates a diverse array of practices; Borders and Frontiers brings together nine artists: six from New York, one from Detroit, and two from Los Angeles. David LaChapelle, the defining American portrait and tableau photographer of his generation, creates an immediate and palpable short-cut to his photographs in his new collages, which he cuts and reassembles. Chambliss Giobbi similarly collages his photographs – the ones he takes of his sitters specifically to be torn and reassembled in his unique multiple viewpoint portraits. Michael Anderson hijacks the semiotics of images and creates what he calls 3rd-wave-abstraction from found street posters. Like Anderson, George Rahme and Jonathan Allen riff from a variety of lens-based images but their sources are diverse: posters, reproductions, magazines and more. Holli Schorno and Maritta Tapanainen assemble intricate collages from technical illustrations. Matthew Cusick renders cars from deconstructed roadmaps. These artists are connoisseurs, each amassing archives of material; Mark Wagner, for example, has an archive of dollar bills which he dissects, deconstructs, and repurposes in his painstaking constructed collages. Some of the artists share common goals, others are divergent, but all work to advance a means of expression that emancipates a direct approach to composing the pictorial via the repurposing of the extant. Their work is all encompassing, culturally rich and confronts assumptions about the present, the popular, and the future of pictorial art. Absorbed by the interlocking assimilation of media and ideas, they are pluralistic visionaries and visual collaborators. 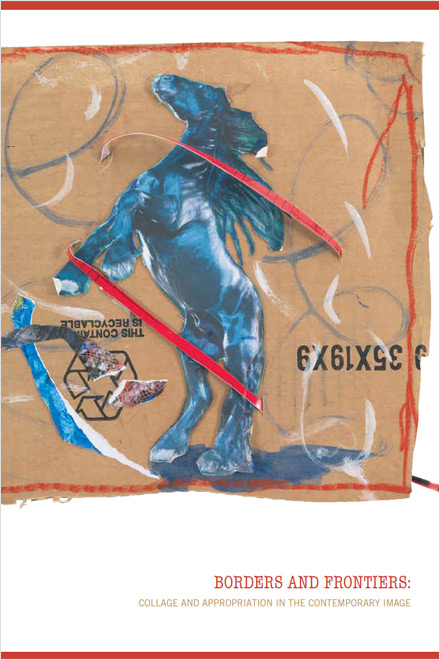 Borders and Frontiers: Collage and Appropriation in the Contemporary Image 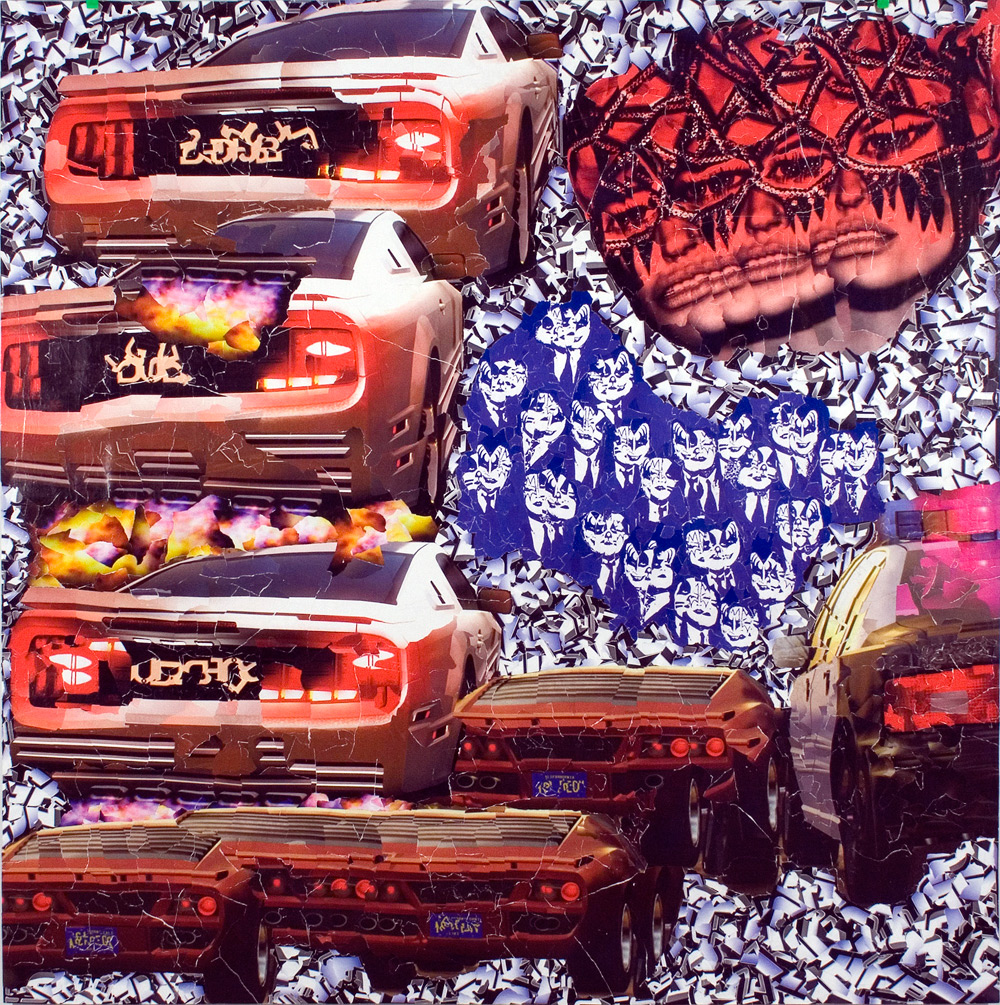 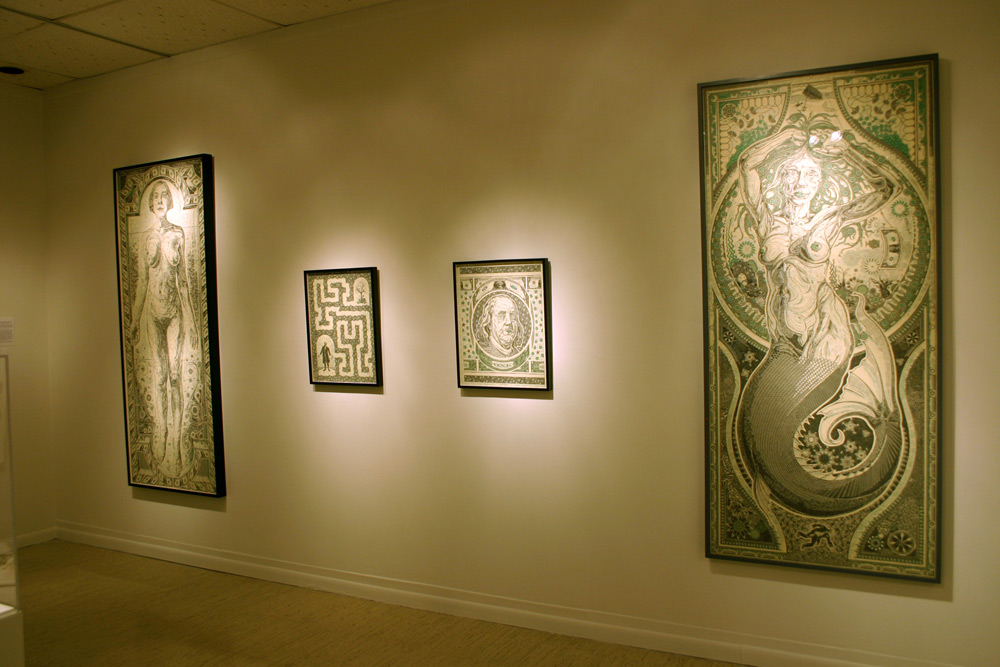 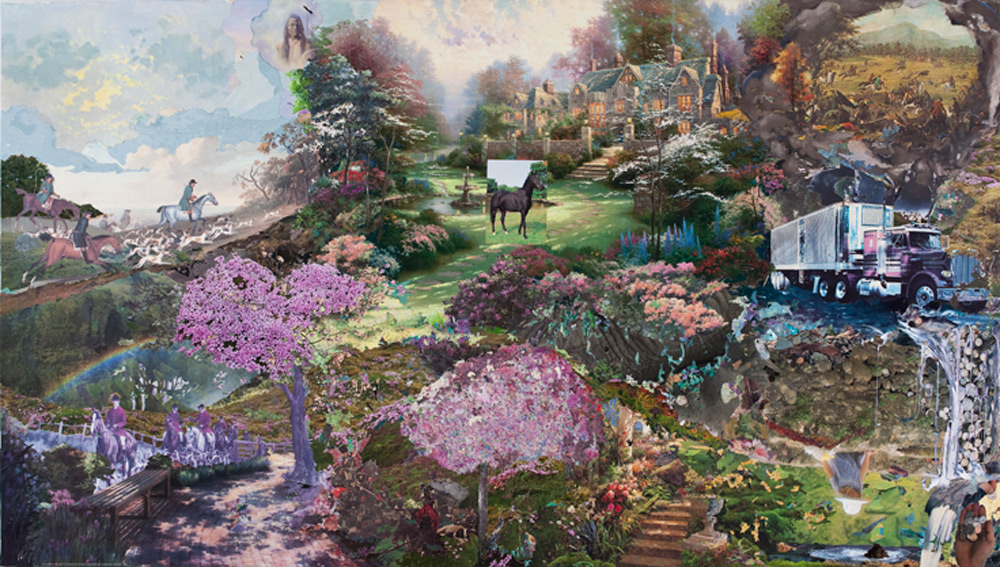 George Rahme, The Pink of Condition,2009 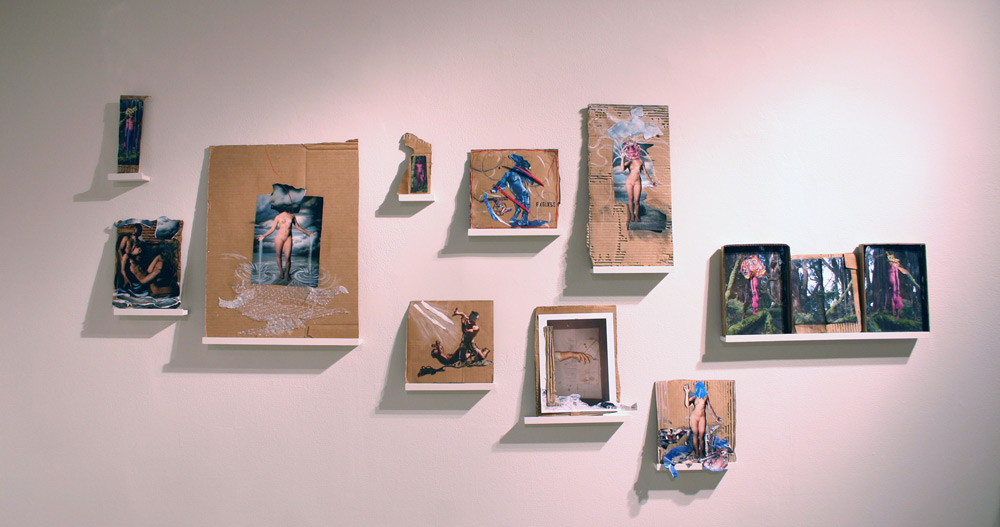 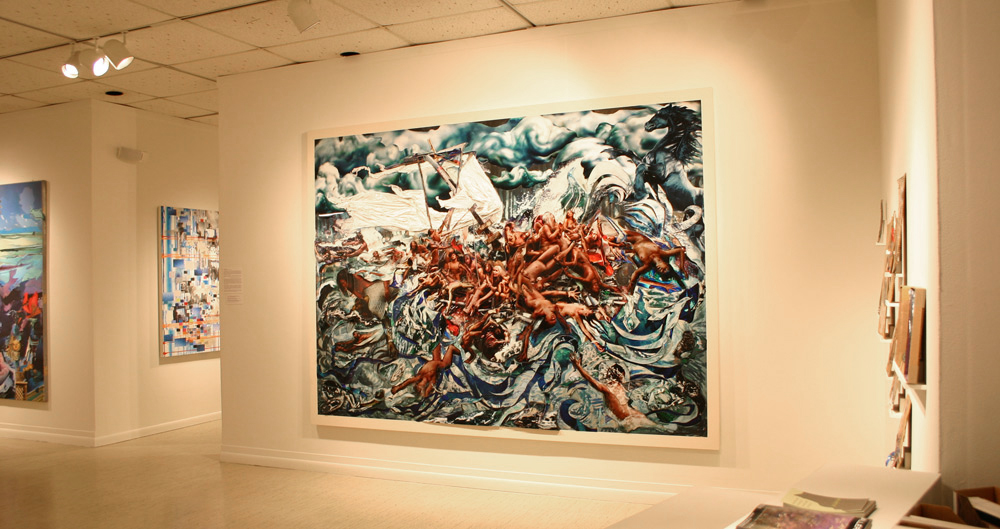 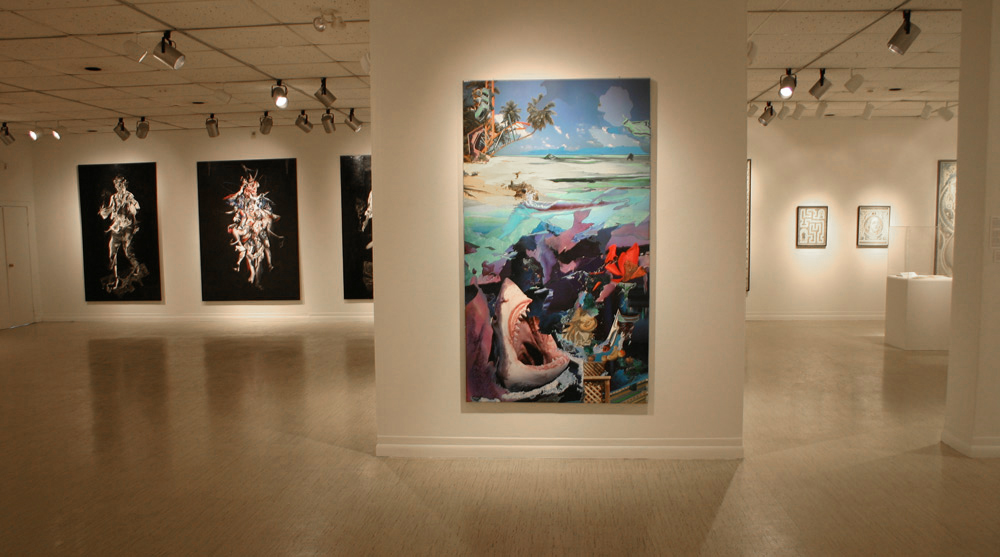 Borders and Frontiers Installation2
See all past exhibitions