Born in Morocco, Lalla Essaydi works to examine the role of the Muslim woman in today’s society. Through the use of hand-applied Arabic calligraphy and the re-appropriation of poses inspired by Orientalist paintings, Essaydi explores the relationship between the themes of writing, femininity, and pleasure.  Writing upon the faces and skin of her models with henna, Essaydi actively defies the traditional use of calligraphy, an art form customarily reserved for men.

Lalla Essaydi lives in New York and Morocco, her country of origin and the setting for her fantastic interior tableaux of Moroccan women. She is well aware that Western art history has crafted its own fantasy of the East, and especially of Islamic women. Today we recognize that those fantasies, which we describe as “Orientalist,” are problematic. Artists like Ingres, Delacroix, and others focused on exotic, often fictionalized subjects, as a way to subordinate the “wild” cultures of the East while promoting the “civilization” of the West. Essaydi understands this tradition; she was schooled in Paris and Boston, and is exceedingly familiar with the Romantic Masters. But she stages her critique in subtle, multivalent ways. Essaydi knows that these traditions have produced beautiful if prejudiced masterpieces. Moreover, she knows that the relationship between beauty and subjugation is itself a multifaceted one, a connection that involves power, knowledge of the other, and desire. Essaydi doesn’t shy away from these difficult conversations on the nature of beauty and desire, but rather she brings all of its intricacy into her performative photographs of women.

This exhibition brings together 20 large-scale photographic works, made from 2003 to 2012 and spanning five major bodies of work. In the earliest body of work, Converging Territories, Essaydi establishes the primary conditions of her aesthetic investigations: she photographs women elaborately adorned in henna script within exquisitely ornamented interiors. These works highlight the importance of writing in the creation of the self and of femininity. In her later series Harem and Harem Revisited, Essaydi examines the relationship of women, writing, and the fantastic architecture of the harem.  Finally, in Bullets and Bullets Revisited, Essaydi crafts heavenly interiors from shining gold bullet cartridges. The women in these interiors sparkle, occasionally they wear bullets themselves, and they appear larger than life and otherworldly. In all of these series, Essaydi deftly pursues the relationship of writing to beauty and pleasure, and its role in the creation and expression of femininity. 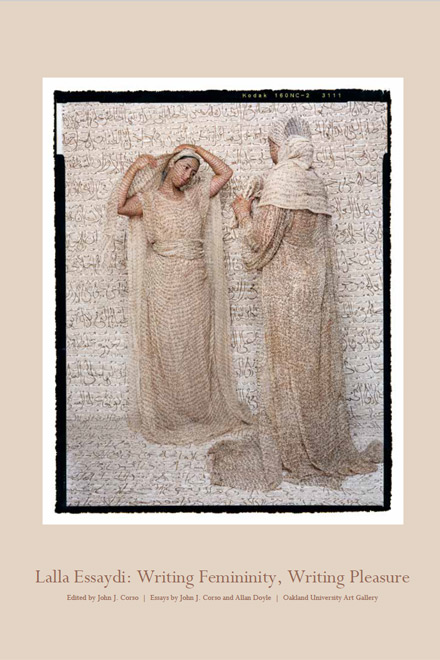 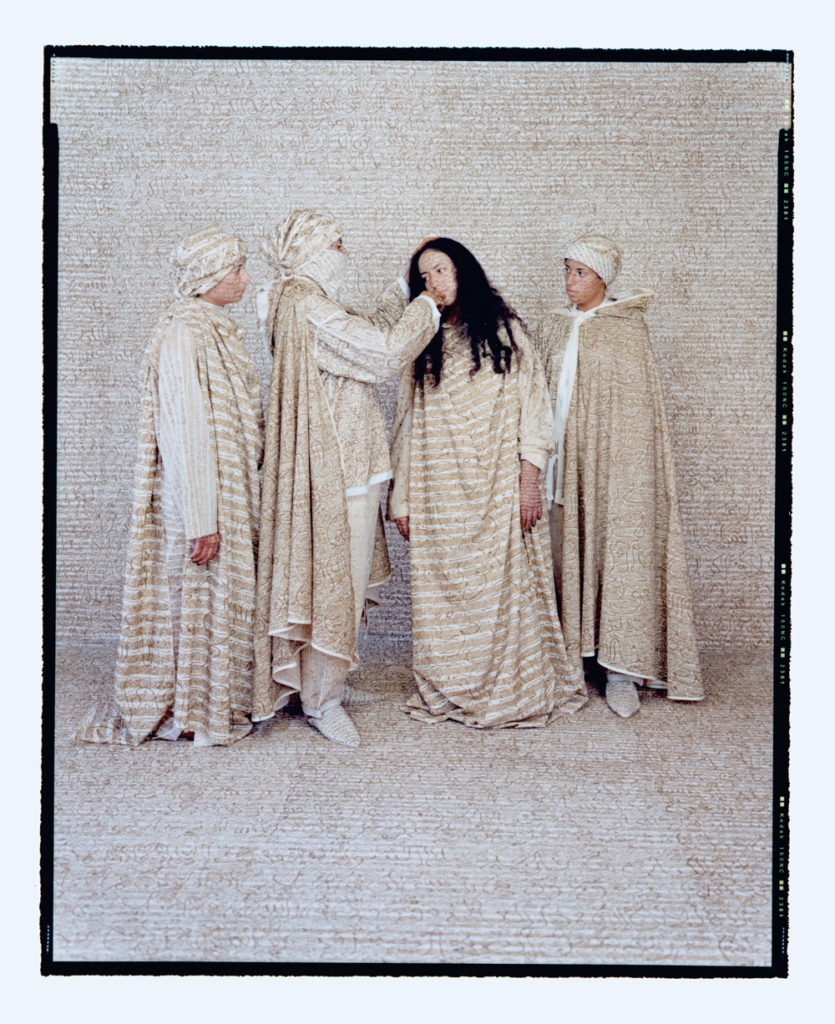 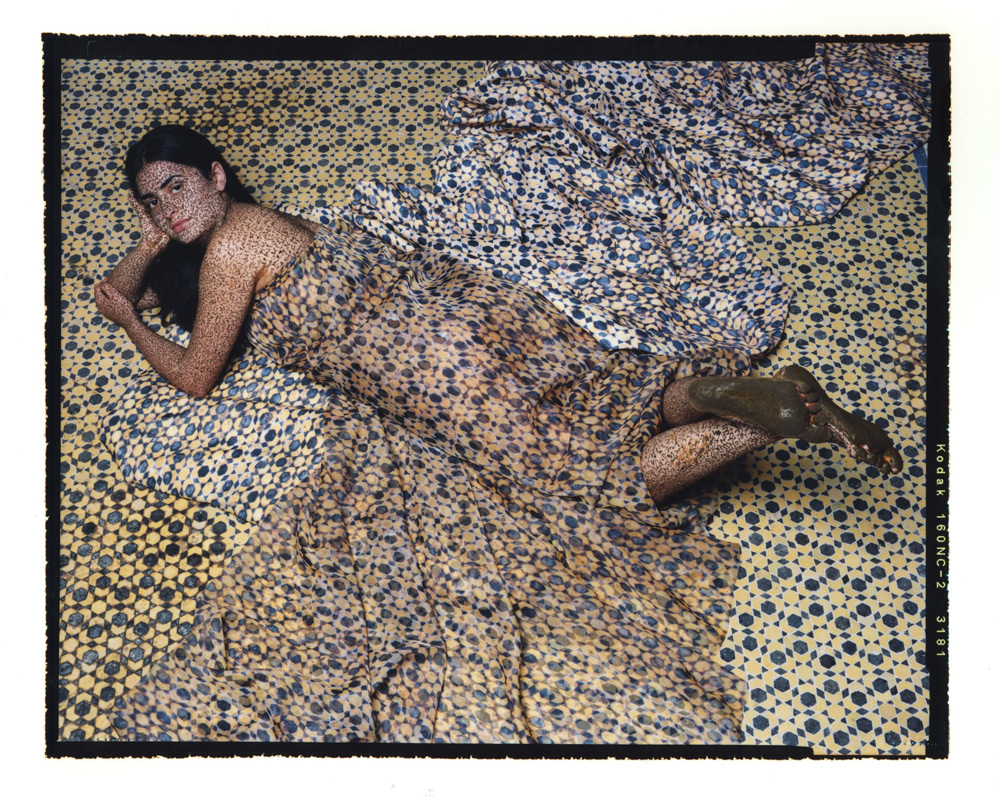 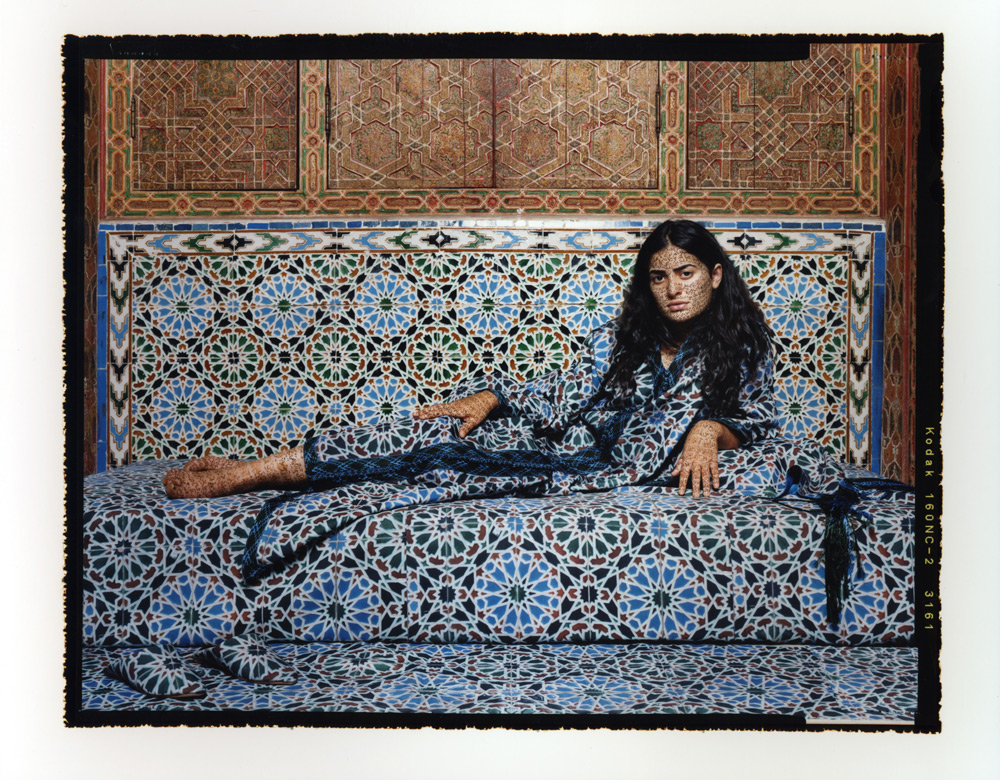 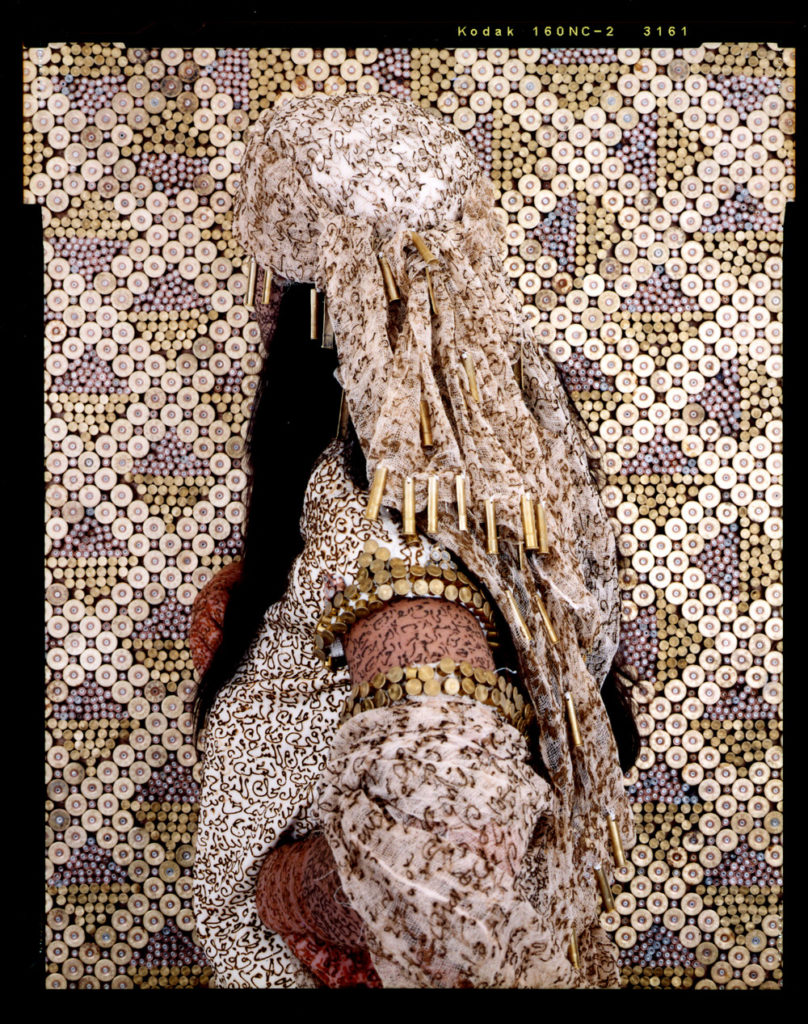 BULLETS3
See all past exhibitions