Memory Palace, comprised of paintings and codices, concretizes the conceptual practice of recording and archiving a selected collection of memories. Sally Schluter Tardella’s paintings are reminiscent of floor plans from an archeological dig, but they are accumulations rather than subtractions, being built up over time until the final layer of paint cures. Schluter Tardella offers two versions of memory.

The paintings are declarative and convey a one-time version of events – an ossuary of recollections rendered down into a primary painterly structure.  Her books, on the other hand, are more open-ended, their catacomb-like progress being labyrinthine, serpentine and sequential. The rooms, antechambers and passageways of Memory Palace map the territory of memory in subtle configurations of earth tones, grays and ochers with occasional flourishes of color.  These taut surfaces of metaphorical accumulations are formalistically rendered in a language, which is idiosyncratic, universal and engaging. 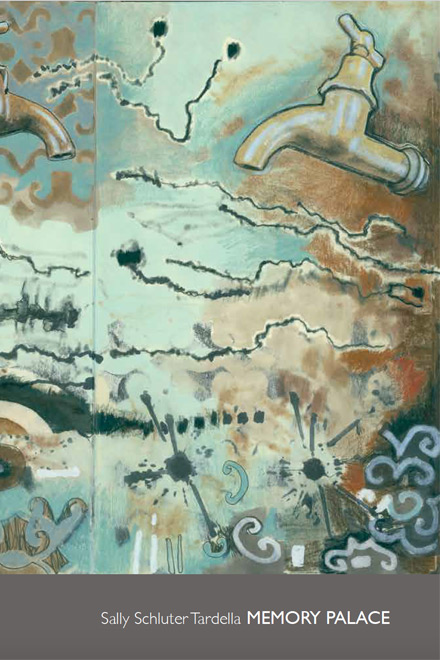 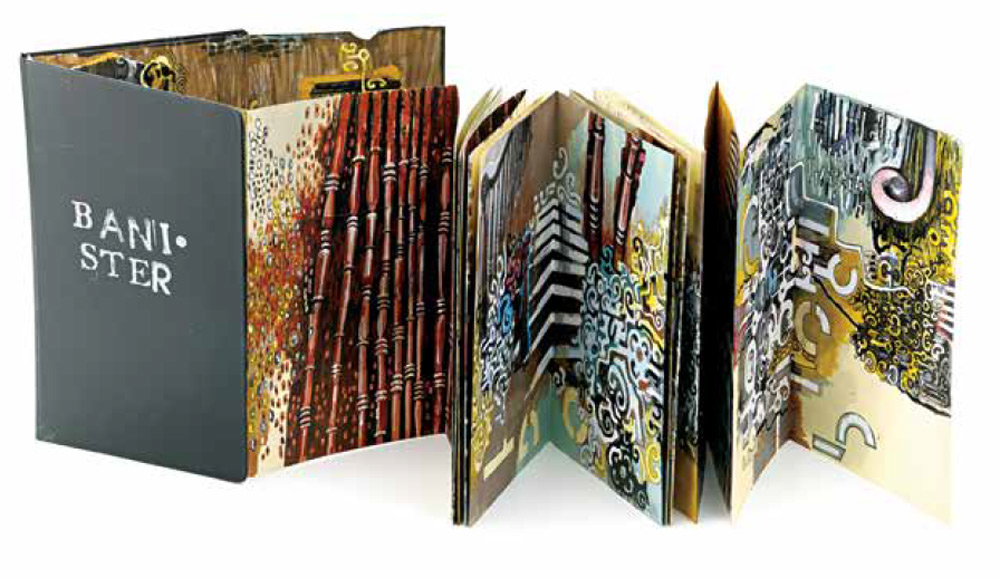 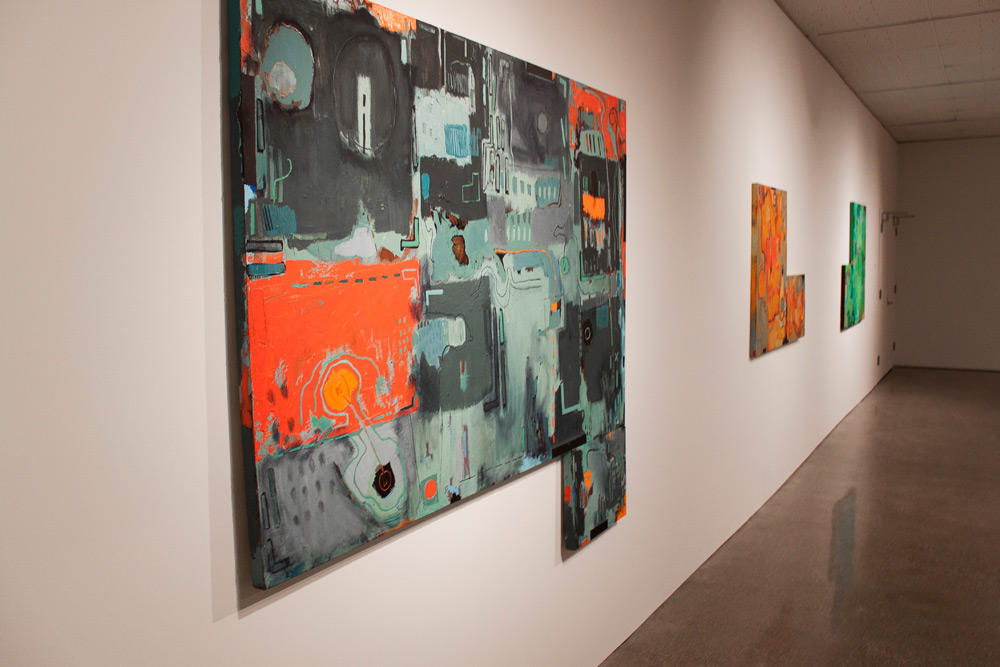 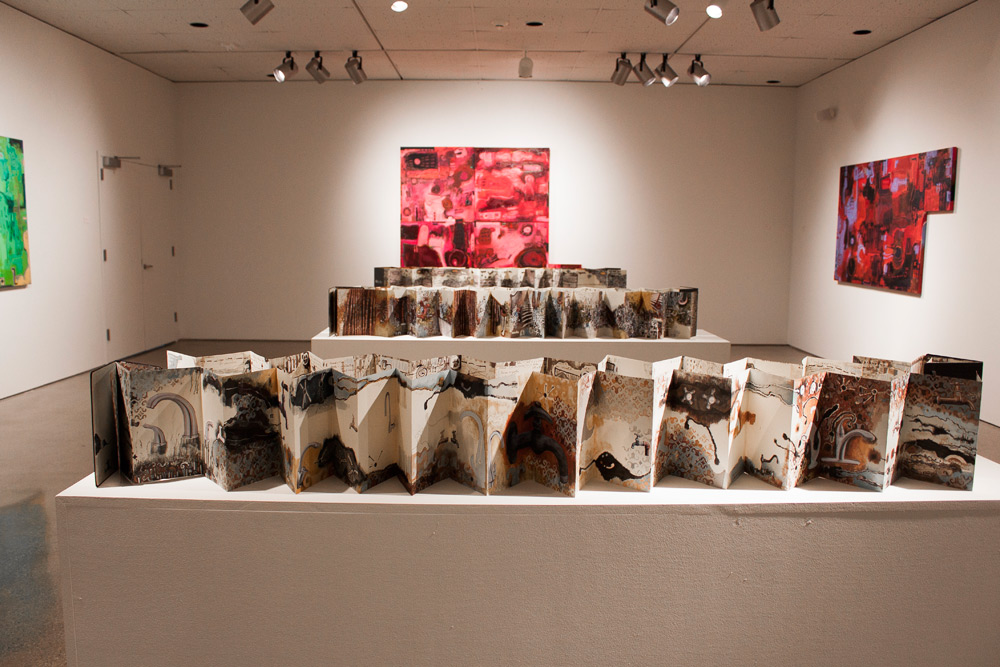 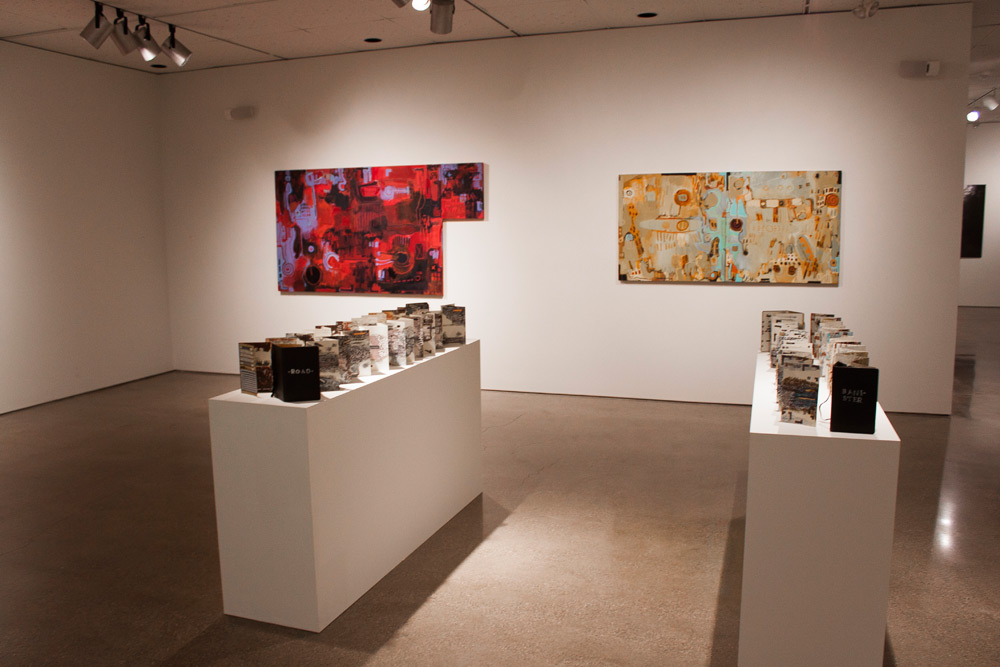 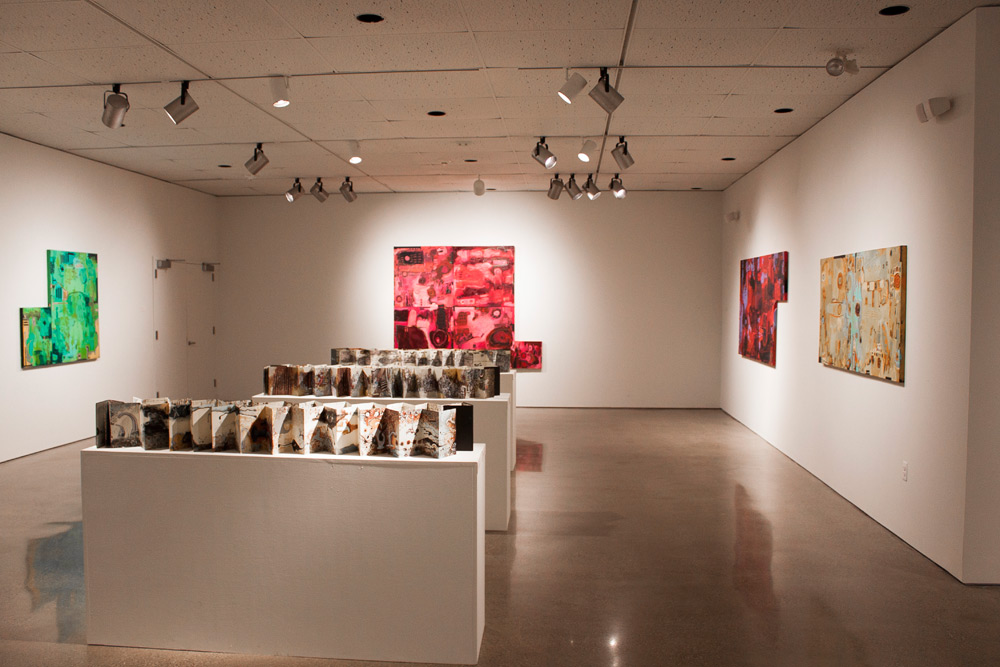 Tardella Installation1
See all past exhibitions